THANK GOD FOR YOUR ANGELS ON EARTH...

A LOVELY ANGEL ON EARTH

Connie Talbot brings tears to your heart - not tears of sorrow but tears of joy!
To hear her sing is like hearing an angel sent from heaven down to earth to sooth humankind of their fears, hatred and sorrows. God Bless Connie.

Britains Got Talent * THE FINAL *
Over The Rainbow

WHERE ARE THE HEROS? 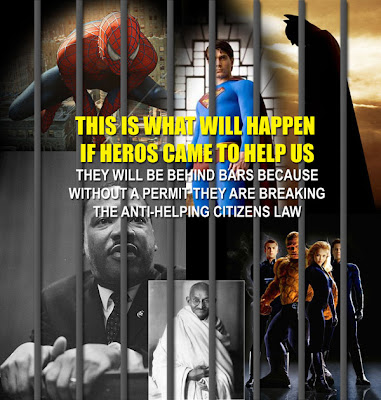 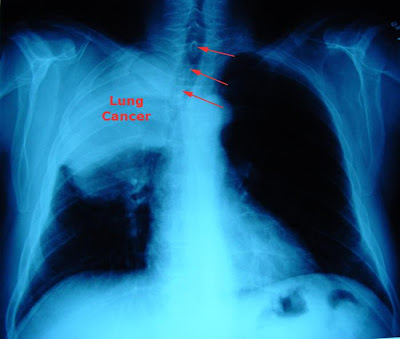 This to me was a baffling word. What's STAGE IV? So off to Google to find the answer but its not as I thought.

Stage 0
Carcinoma in situ (early cancer that is present only in the layer of cells in which it began).
Stage I, Stage II, and Stage III
Higher numbers indicate more extensive disease: greater tumor size, and/or spread of the cancer to nearby lymph nodes and/or organs adjacent to the primary tumor.

Stage IV
The cancer has spread to another organ. 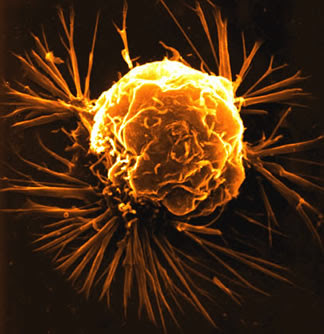 Now imagine you have been told that you have a STAGE IV cancer... you won't be able to comprehend that and all logic to why it must be you. Scary isn't it? Now I was told by someone dear to me that she had been diagnose as STAGE IV and had been going for regular chemotherapy.

It's been a shock to all and as her Doctor told her its Pure Unlucky perhaps. No matter how, all her family and friends are Praying for her recovery. I pray she remain strong and stay happy to overcome this internal foe with all her might.

May GOD stand by her and keep her strong. Forever with Love My Dear!
Posted by Wattahack? at 7:42 PM 3 comments:

SIMPLE GUIDE TO BE PM?

Labels: SIMPLE GUIDE TO BE PM 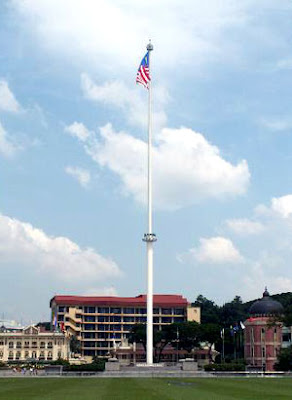 Today is a heart breaking day for us,
When your heart failed and you collapsed in front of me,
I felt my heart collapsed with you.

Nine long years you tolerated me,
You endured my abusiveness and my rudeness,
How could I have treated you in such a way.

I miss your Satin White skin,
Your coolness in heat,
Holding you bring me calmness.

For Nine long years you helped me,
Day in day out without you,
I am helpless like a baby.

Please recover fast my Lover,
I cannot live without you,
I shall stay awake by your side till you recover.

WELCOME TO VENICE OF ASIA 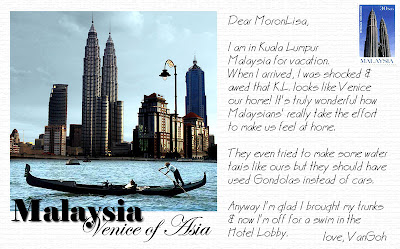 AFTER THE STORM, NOTHING GETS FIXED... 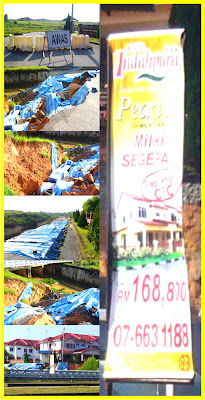 Guess what?
Its been quite a while since Johor flooded while our PM was is in OZland for some Nasi Kandar. That was like months ago and so long that even PM fell in love and got married again.

Here you can see the landslide in Kulai and it happened during the flooding period and now its still un-fixed! Some so called high-profiled people showed up took photos and talk besar but that was then and this is now - sama-sama saja.

Someone is waiting for someone to die or lose the whole lot of houses before someone decides its a BIG enough problem that must be rectified. The soil from this landslide will keep flowing down stream and end up blocking something and cause another flood to some poor kampung or housing somewhere.

And as usual fingers will go on pointing and blames fly here and there even up to blaming GOD.

I think the Gov doesn't mind losing votes from this area as they seem fine to leave it as it is...
Posted by Wattahack? at 10:12 PM No comments: 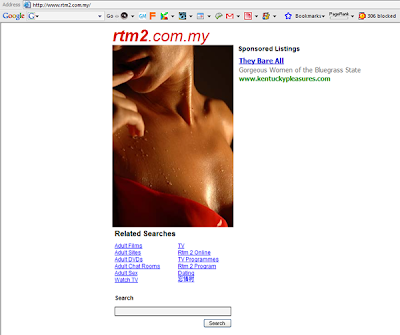 Got 2 bad news from my friends:

1st came from a sms that 1 of our group friend was involved in an accident with a trailer. He was driving with 3 others in the car and 1 of the passenger had a broken bone (ribcage I think) that penetrated the liver! OMG :( . All of us were smsing each other to find out how was our friend and was until later got replied he was released from hospital with 9 stiches... Thank Goodness as we feared all where going to not make it. Lets hope the others are ok as well and recover asap.

2nd was msn by my other friend's saying her car was stolen! ? a proton wira! why would anyone want to steal one? crazy country.
Posted by Wattahack? at 7:30 PM 1 comment:

Scared of the 4th Floor? 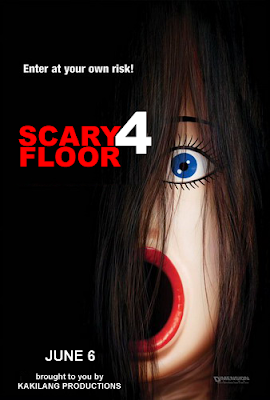 BEST FLIP-FLOPS IN THE WORLD 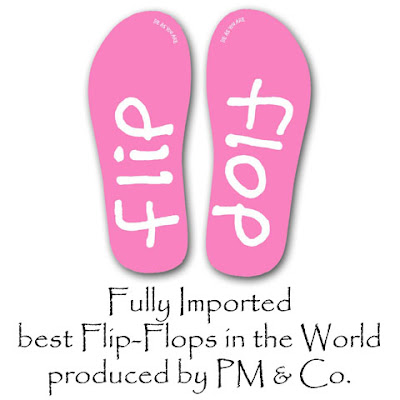 BAHASA MALAYSIA - BACK TO THE FUTURE II 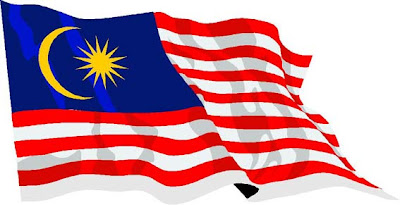 WELCOME BACK - SELAMAT PULANG BAHASA MALAYSIA
Its official now Bahasa Melayu is reverted back to Bahasa Malaysia.
Hence the less one hurdle to unite Malaysians... 50 years on and we are back to the Future - right where we started from.
http://www.thestar.com.my/news/story.asp?file=/2007/6/4/nation/17923478&sec=nation&focus=1
Posted by Wattahack? at 10:40 PM No comments:

The Evolution of Slavery... 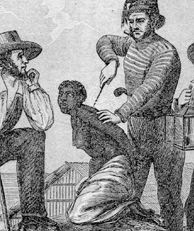 In Slavery, one is branded to make sure you are easily identified by the Master. This branding is for life and you will always be known as a slave to others. Even thought physical branding is not use in modern times there are other ways to brand a slave be it via a tag or digital information imprint on your identity card.

As with all slavery there are terms spelled out and there is a master to obey. If a person has a Master and he must obey the terms in order to survive or work its called Slavery. He must 1st strip himself of all dignity and wallow at the Master's feet and shall never raise he's head above to look the Master in the eye.

This slavery is well and alive and is now used as an excuse to control minority in any country. The powerful Masters will never remove the slavery branding as it will serve as a reminder to all slaves that they are NEVER worthy of the Land the Slaved on. The Masters will reap all benefits and rape the slaves as they wish as it is their right and no-one can ever question them. These Masters know that they are nothing without Slaves and will be Mocked if they had to work themselves and get their hands filthy.
Here is a sample of an evolved Slavery Terms & Conditions:

We as Masters accept them but it is clear:

1.The Masters agree to your stay
2.The Masters allow property, business and whatever ownership in return you give 30% Master's fee.
3.Your Slave Rights might be considered at our mercy.
4.Allowed to practise your religion, your language and your culture but you shall follow whatever your Master tells you. i.e: If he tells you that you are black then you shall paint yourself black.

In return, YOU SHOULD NOT QUESTION what is already as it is before the Slaves came:

Your acceptance of Slavery comes without question to accept these.
If you can’t accept the Slavery terms & conditions, you shall be deported to No-Man's Land to rot and die.
Posted by Wattahack? at 12:56 AM 3 comments:

Labels: The Evolution of Slavery

Lets face the fact. The Tuan is reminding the immigrants they are no longer wanted. They are not wanted here even after all those nice songs and promises that we are one nation and are to work in harmony and multi-racial and tolerant to each others lifes and religion. Now and then they well invoke some racists and sexist remarks on immigrants and treathen to leave their land. This posting by a blogger Husin Lempoyang was put up to remind immigrants to keep their gap shut or leave as their Tuan is not happy.

The British were mere trustee and not a colonialist in the normal definition. The socio-, political and economic framework remains as it is before British “acquisition”.

Any independence shd return the country to its original inhabitant. But British left all these immigrants as problems. OK we as human accept them but it is clear:

1. The Malays agree to your citizenship
2. The Malays allow property, business and whatever ownership.
3. Right as citizen
4. Allowed to practise your religion, your language and your culture.

In return, YOU SHOULD NOT QUESTION what is already as it is before the British came:

1. Malay special rights as rakyat raja
2. Melayu and original inhabitant that was oppressed by the colonials.
3. Islam is official religion and all structure, status and obligation as official religion remain.
4. Bahasa Melayu as official language and English is allowed only 7 years after independence
5. Position of the RAJA-RAJA Melayu

IT is only fair.

Please do not apply what is outside of this country here.


YOU ARE BORN A SLAVE IN MALAYA SO PLEASE REMEMBER THAT !
Posted by Wattahack? at 11:22 PM 3 comments:

After Lina Joy here's another wonderful news.... is it GOD's way to humble some type of humans??? I presume this won't be the last as long as there's injustice... ???

By SEAN YOONG
Associated Press WriterKUALA LUMPUR, Malaysia (AP) -- An ethnic Chinese Malaysian mistakenly given by doctors to a Malay Muslim couple at birth nearly three decades ago is bracing for a possible legal battle so he can renounce Islam, an action that can be considered a crime in parts of Malaysia.Zulhaidi Omar, 29, who now goes by the name Eddie to his family and friends, said he discovered his true identity by chance and met his biological parents in 1998 after years of being teased about his Chinese features.

"I want to get my life back in order now," Zulhaidi told The Associated Press in a telephone interview from his southern home state of Johor.Zulhaidi, a sales executive raised in an ethnic Malay Muslim family, said he was revealing his story only now because he wants to take a Chinese name and change his religion to Buddhism. About 20 percent of the Malaysian population is Buddhist. He declined to comment further, citing sensitivities concerning religion in this predominantly Muslim nation. The constitution does not allow Muslims to renounce their religion, and doing so is considered apostasy and punishable by jail in several states, though not in Johor.

Michael Tay, a politician with the Malaysian Chinese Association who is helping Zulhaidi, said he was negotiating with Johor state authorities to grant Zulhaidi's request. "The academic question is whether he can return to his Chinese identity," Tay told the AP. "I have told (Zulhaidi) it could be an uphill battle, but he still wants it," Tay said. It is not clear how long a resolution might take and the case could eventually be handed to the Islamic Shariah court, which presides over religious issues involving Muslims, Tay said. State religious officials could not be immediately reached for comment.

Malaysian media first reported over the weekend Zulhaidi's claim that he was spotted working in a supermarket eight years ago by his biological sister who noticed he was the spitting image of their father, Teo Ma Leong, 67. A DNA test later confirmed the relationship and Zulhaidi moved in with his parents three months later, The Star newspaper reported.

"The Malay boy that the Teo family brought home because of the mix-up was raised as Tian Fa, and is now married to a Chinese woman, according to The Star. Tian Fa told the newspaper he has no intention of looking for his biological family and is happy to treat Teo and his wife, Lim Sai Hak, as his parents."